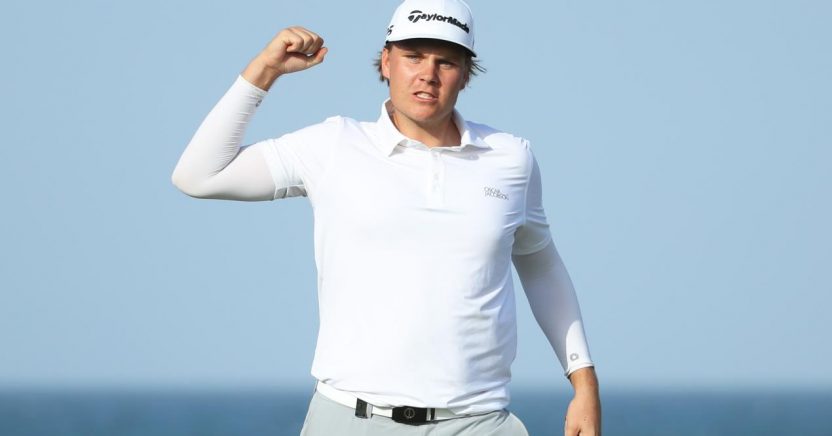 Finland’s Sami Välimäki has been named the European Tour’s Sir Henry Cotton Rookie of the Year after an impressive 2020 campaign which included a maiden win at March’s Oman Open and culminated in a top-five finish at the season-ending DP World Tour Championship in Dubai.

The 22-year-old’s first season on the European Tour comprised seven top-ten finishes, including his victory in Oman, a runner-up finish in Wales and a top five in last week’s finale, which helped him finish 11th in the Race to Dubai rankings.

After the European Tour’s four-month hiatus due to the COVID-19 pandemic, Välimäki rekindled that early season form at the UK Swing’s double-header at Celtic Manor Resort in Wales, where a top-ten in the Celtic Classic was followed directly by a runner-up finish in the ISPS HANDA Wales Open.

After making his Major Championship debut in September’s US Open, he picked up another strong finish courtesy of a share of sixth place at the Aphrodite Hills Cyprus Open in November.

The former European Amateur Team Championship winner with Finland entered the season-ending DP World Tour Championship in 18th position on the Race to Dubai, before producing one of the best performances of his career over the Earth Course at Jumeirah Golf Estates.

Playing alongside Lee Westwood in the final round, Välimäki enjoyed a stunning start with four birdies in the opening five holes. He signed for a fourth successive 69 for a share of fifth place, elevating him to 11th in the money list.

“I am absolutely delighted to receive the Sir Henry Cotton Rookie of the Year Award,” said Välimäki, who hails from Nokia in the south of Finland. “It became a goal of mine, especially going into last week in Dubai, so it is an incredible feeling to finish it off with a strong final performance of 2020, and to be the first player from Finland to get this award is really special.

“I had a dream start to my season really, by winning so early in Oman and then the season was put on hold just a few weeks later. I am really proud of how I performed after the return to golf and some of the results I had, especially my performance at the DP World Tour Championship. Winning a tournament was a target for me and to win this award is amazing.”