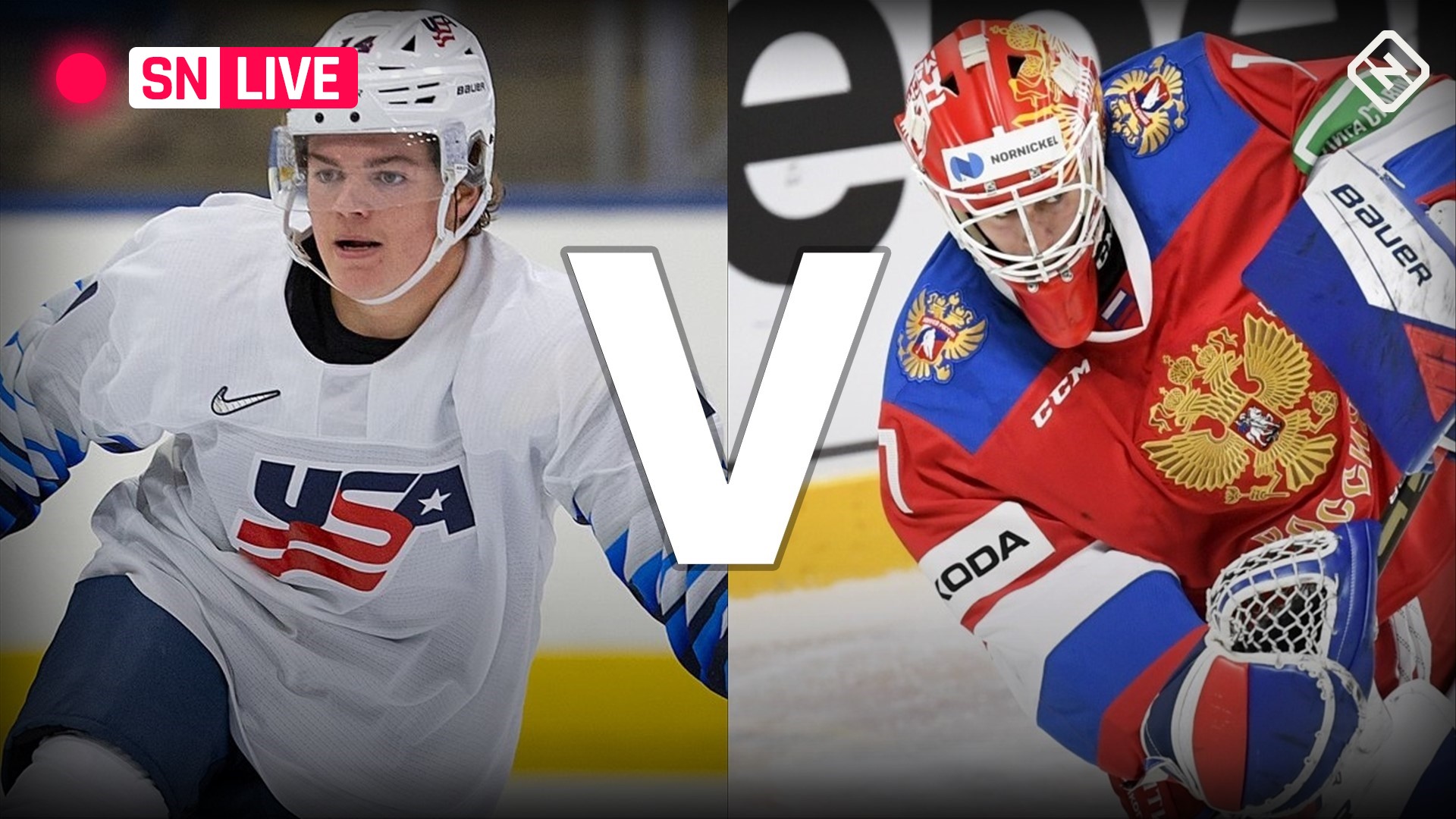 2020 has been tough, to say the least, but you left the best gift for last. A night-capper of Russia versus the United States. The best preliminary matchup. On Christmas Day. Thanks buddy. You’re the best.

It’s been 16 years since world juniors kicked off on Christmas Day  — which also featured the same two teams going at it back then — and like any good ‘ol meeting between two big rivals (i.e. Miracle on Ice) this Russia-USA contest is expected to be a drag-out, no-holds-barred, barnburner.

Two of the top three teams in the tournament meeting on opening day of the 2021 IIHF World Junior Championship with the winner taking, what’s expected to be, control of Group B and therefore an easier path to gold. Aside from being a scene-setter for the next 12 days, it’s also a key opportunity for a number of players to showcase just what they plan to bring to the tournament.

American Cole Caufield has had this date circled on his calendar since the day last year’s tournament ended in disappointment for the U.S. The Wisconsin standout had high expectations last year and only collected two points (goal, assist) in five games. He’s been determined to prove that last year was a fluke, and a big game in the team’s biggest game for the round-robin will show it’s a new year.

But it won’t be easy for Caufield and his cohorts as they face a dynamic puckstopper on the other end in Yaroslav Askarov. The Russian netminder at just 18 has torched the competition in the KHL this season and is also on a bit of a redemption tour after a poor 2020 showing.

So grab the eggnog, fruitcake and Chinese food as Sporting News has all the heart-thumping action between these two powerhouses in Game 1 of the tournament.

9:52 p.m. — Americans pick things up now and have a good chunk of offensive zone time with Mathew Boldy and Cole Caufield getting some good looks. USA finally with shots on net.

9:49 p.m. — GOAL. Russia controls the puck off a dump-in and Hurricanes prospect Vasiliy Ponomarev with a masterful deflection that sends the puck fluttering past Knight. Russia leads 1-0.

9:44 p.m. — Power play ends as the Americans struggled with zone entry and couldn’t get set up. They don’t register a shot on net  — and in fact, with more than six minutes ticked off, they don’t have a single shot in the game. Russia has three.

9:42 p.m. — USA gets a power play as Alex Turcotte gets taken down while driving to the net. Not a good start for the Russians as the Americans have some firepower.

9:40 p.m. — Both teams came out looking to set the tempo but so far just a lot of up-and-down hockey with neither team sustaining any pressure.

9:10 p.m. — If you missed this from earlier today, you should definitely watch it now.

Cole Caufield and Trevor Zegras were the last ones on the ice at Team USA practice because they don’t leave until they tip the last puck into a bucket 😂😂 pic.twitter.com/3ba6Oe3xnT