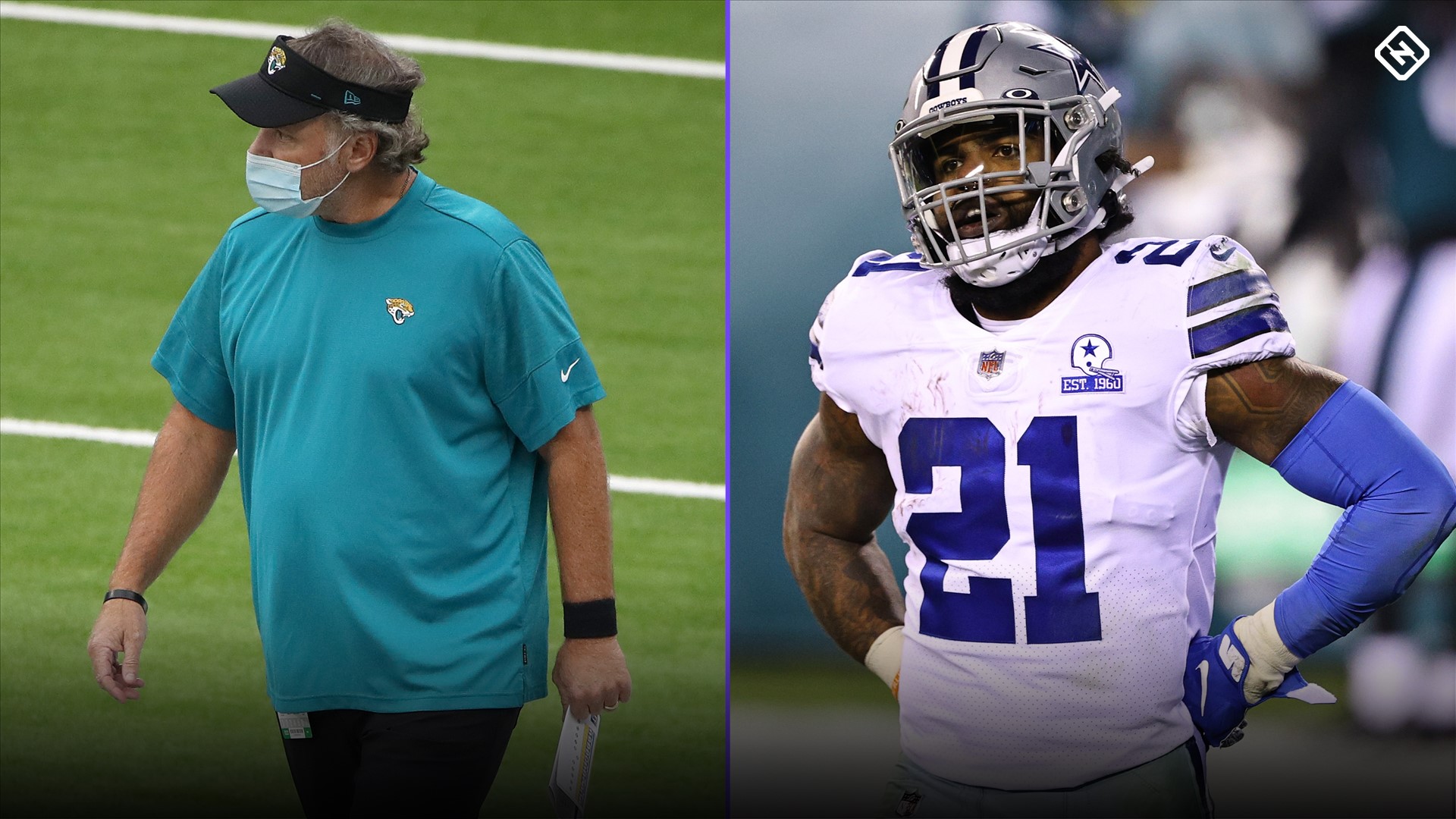 The current Cowboys might be upset about blowing a lead against the undefeated Steelers, but the future in Dallas is brighter because of it.

Aligned with a win by the Giants, the Cowboys (and Jaguars) have solidified current places in the top-three picks in the current 2021 NFL Draft order. There’s no shock at the top, where the Jets currently sit ahead of a Monday Night Football date with the Patriots that will go a long way toward cementing one of those team’s spots near the top of the draft. It’ll really be a duel the rest of the way between the AFC East and NFC East divisions for who gets more picks near the top of the board.

The Dolphins are in the most interesting spot of the 2021 draft. They themselves could miss the playoffs and get a top-18 pick, while they’ll be watching the Texans the rest of the way, because Miami owns Houston’s first-rounder, too. More help could be coming Tua Tagovailoa’s way.

Below is the latest NFL Draft order for 2021, updated through Sunday’s Week 9 games.

(Picks 19-32 are held by teams currently in the NFL playoff picture .)

The Jets have been in control of the “Tank for Trevor Lawrence” all season long, and if they continue to have a ‘0’ in the win column, that won’t change. Our latest Sporting News mock draft has New York keeping it simple and taking the generational quarterback prospect out of Clemson.

There might be more intrigue for the teams behind the Jets. The Giants were No. 2 in our latest mock draft, but a Week 9 win allowed the Jaguars to move up a spot. Jacksonville still could take Ohio State’s Justin Fields, like the latest SN mock suggested.

If it’s the Dolphins, Cowboys or possibly Giants picking after the top two QBs are off the board, our mock draft suggests it’ll be Oregon offensive lineman Penei Sewell as the obvious first non-QB off the board.