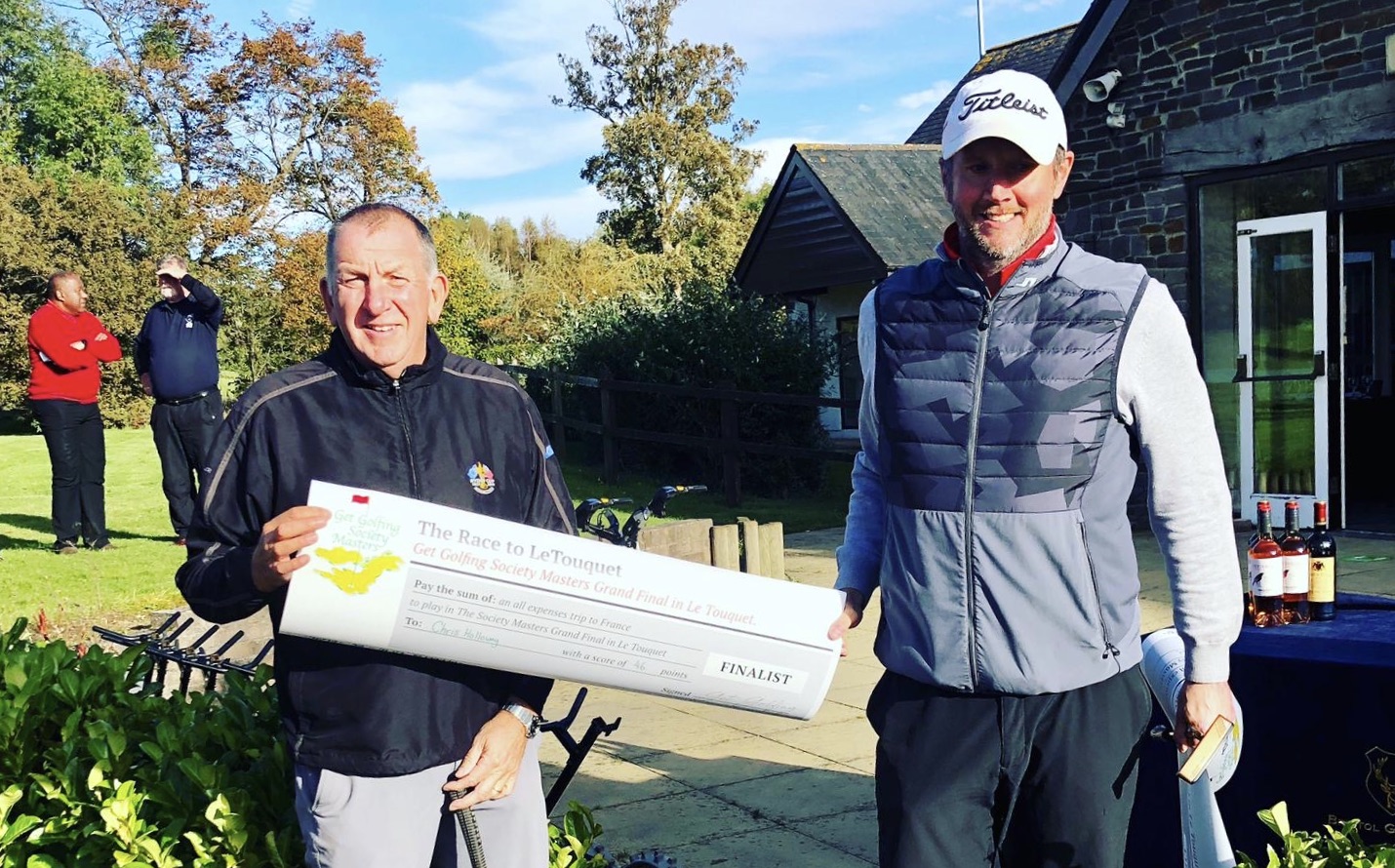 Tied on 46 Stableford points after 18 holes of the Society Masters at The Bristol Golf Club, two pairs of amateur golfers had to endure a nerve-wracking play-off to win a golfing trip to France.

Playing in The Bristol GC’s Society Masters, 70 golfers, representing 35 golf societies, travelled from as far afield as Birmingham, Cornwall, Hampshire, Surrey and Wales to play in the free event.

In the end, Chris Holloway (pictured left) and Ian Stuart (right) of the Manner Printing Golf Society triumphed, after Holloway holed a slippery, downhill five-foot putt in front of a noisy crowd.

“The Bristol Society Masters was a fantastically well organised day and the golf course was in fabulous condition. The hospitality supplied by The Bristol was first class and something I will do my best to persuade other people to come and experience,” Holloway said. “The ‘putt off’ on the 18th in front of a gallery of spectators provided an unusually nervous climax to a wonderfully organised tournament. The feeling of fear I had before the putt and the sense of achievement, excitement and jubilation after it went in made me realise that golf is one of the only sports that can give you every feeling you can truly have in life itself.”

The pair will now go on an all-expenses-paid trip to the renowned Le Touquet Golf Resort to play in the Grand Final of the Society Masters, which will see 36 teams of golfers compete for the overall prize next year.

Set up by innovative charity Get Golfing, which operates eight clubs across the south of the country including The Bristol, the Society Masters series was devised as a way of thanking golf society organisers for holding a day at its clubs. In addition to 18 holes of golf, competitors are treated to breakfast, lunch and a goody bag as well as the opportunity to win some serious prizes.

Get Golfing CEO Edward Richardson said: “We know how much work goes into organising a golf day and this is our way of saying thank for choosing one of our venues. The event at The Bristol was fantastic, going right down to a last-gasp putt off in front of all the other competitors. It was extremely nerve wracking but exhilarating to watch, I can only imagine how the two finalists felt! Congratulations to Chris and Ian and we look forward to seeing them at Le Touquet.”