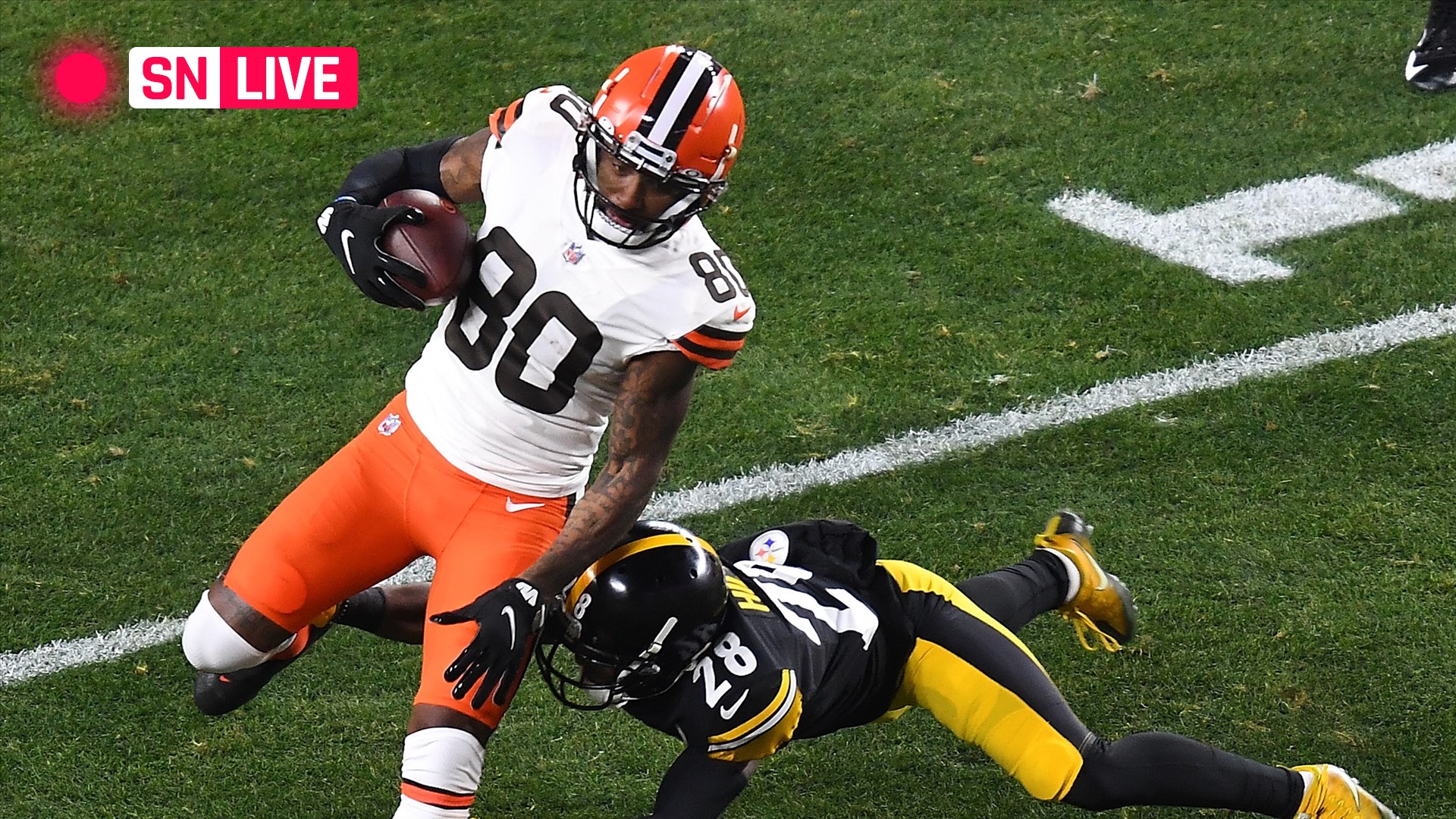 JuJu Smith-Schuster continued his heel turn this past week when he shrugged off his first 2021 NFL playoff opponent by telling reporters: “The Browns is the Browns. . . . They’re a good team, but I’m just happy we’re playing them again this Sunday.”

With that remark, Smith-Schuster managed to cut down the wild-card matchup between the Steelers (12-4) and Browns (11-5) to its essence. Are the Browns still the same old team that hasn’t reached a conference championship game since 1989? Or is this really a new era of competence in Cleveland? Pittsburgh, which probably should have kept to itself given four losses in its past five contests, hopes the AFC North balance of power remains unchanged.

Cleveland quarterback Baker Mayfield’s ability to avoid turnovers will likely be a key factor Sunday night. In his sophomore NFL season in 2019, he threw 21 interceptions and lost two fumbles. This year, he threw just eight picks and lost four fumbles. Pittsburgh’s opportunistic defense finished second in the league in takeaways.

Mayfield, of course, has never taken the field in the postseason. Ben Roethlisberger has done so 21 times and won two Super Bowl rings.

The importance of recent history, then, will be put to the test at Heinz Field.

9:46 p.m.: TOUCHDOWN, Browns. With 34 seconds left in the half, Austin Hooper gives his team an answer to Pittsburgh’s score. 35-7, Cleveland.

9:43 p.m.: Now Chubb takes a screen into Steelers territory, and the Browns are thinking about padding their lead before halftime.

9:41 p.m.: Mayfield fights through contact to move the chains on third down. That keeps Pittsburgh from getting the ball back with more than 1:30 remaining.

9:36 p.m.: TOUCHDOWN, Steelers. James Conner puts Pittsburgh on the board with a short-yardage run. 28-7, Cleveland.

9:29 p.m.: Pittsburgh’s offense moves to the brink of the red zone with a 14-yard catch from James Washington.

9:22 p.m.: Occupying in-between territory, the Browns consider leaving their offense out there on fourth-and-8. But after taking timeout to assess the situation, they punt the ball deep. No need to get greedy.

9:16 p.m.: Aaaand back to gloom for Pittsburgh. Roethlisberger is picked off for the third time tonight.

9:12 p.m.: The Steelers force a three-and-out, finding a rare positive in their disastrous half.

9:07 p.m.: Pittsburgh punts. Can the Steelers stem the onslaught and get a stop here?

8:49 p.m.: Roethlisberger throws another interception. This one is returned inside Pittsburgh’s 20.

8:36 p.m.: The Steelers are forced to punt after failing to pick up a first down on third-and-1.

8:28 p.m.: TOUCHDOWN, Browns. Jarvis Landry takes advantage of poor tackling to extend an intermediate catch to the house. “If you just tuned in, I don’t know what to tell ya,” summarizes Al Michaels on the TV broadcast. 14-0, Cleveland.

8:17 p.m.: TOUCHDOWN, Browns. OH MY GOODNESS. The first play of the night from scrimmage is a bad snap from the Steelers and recovery from the Browns in the end zone. Incredible. 7-0, Cleveland.

Steelers vs. Browns will be the final wild-card game of the weekend. After its conclusion, the NFL’s 2021 divisional round will be set.