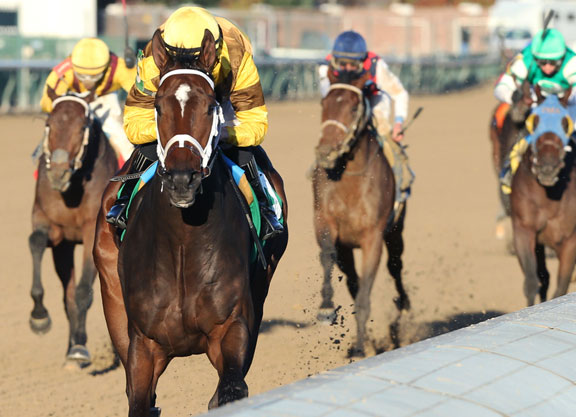 Bred and raced by John Ed Anthony’s Shortleaf Stable and trained by Brad Cox, the son of Pangburn (Congrats) made his first two career starts going seven furlongs on the New York circuit, finishing a debut second at Saratoga Sept. 5 before filling the same spot at Belmont Park Nov. 11. He made all the running last time, stopping the clock in a very strong 1:35.22.

Cox believes the best is yet to come.

“He’s a very good colt,” Cox told the Oaklawn notes team. “He ran against two really good colts in New York. He was able to break his maiden, one turn at Churchill. He’s big, tall, rangy, leggy colt. I really do think that he’s going to be better around two turns. He’s got what I think it takes to be a serious horse. He’s got speed and he can carry it.”

Since shipping in from Kentucky, Caddo River has logged a pair of breezes over the Oaklawn main track, including a half-mile drill that was timed in :48 flat (3/87) Jan. 3.