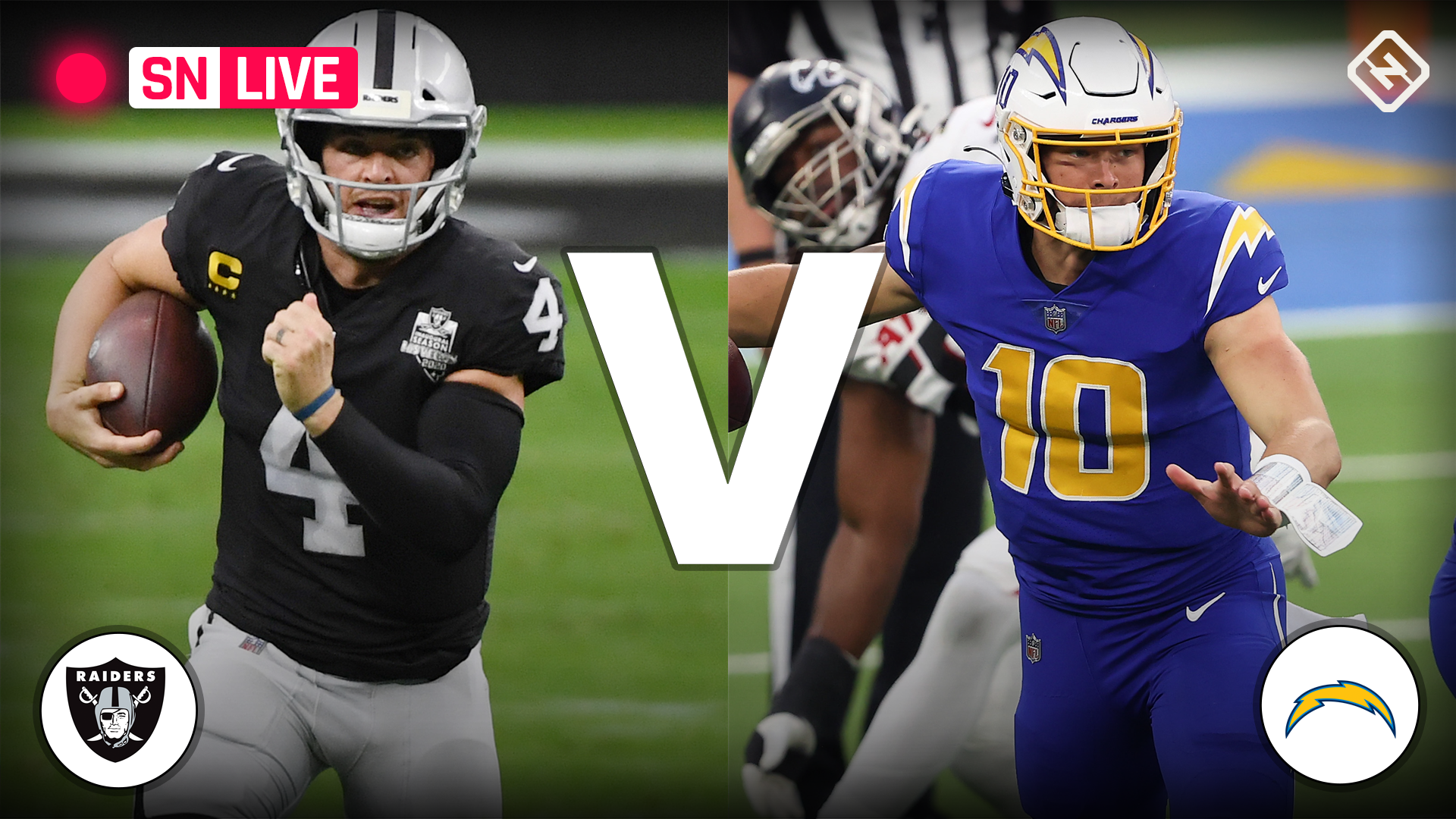 Fans should be in for an entertaining quarterback duel when Derek Carr and the Raiders take on Justin Herbert and the Chargers on “Thursday Night Football” in Week 15.

The Raiders (7-6) need a win to stay in the hunt for an AFC wild-card spot. They’ve had impressive moments, with wins over the Saints (34-24 in Week 2) and Chiefs (40-32 in Week 6). They’ve also put in some subpar efforts, including losing two of their last three games. They were blown out by the Falcons 43-6 in Week 12 and suffered a tough 44-27 loss to the Colts just four days ago.

The Chargers (4-9) don’t have much left to play for besides pride and draft position. Herbert has had an excellent rookie season, but it hasn’t necessarily translated to wins. For example, he threw for 326 yards and two touchdowns in Los Angeles’ 31-26 loss to Las Vegas in Week 9.

Sporting News is tracking live scoring updates and highlights from Raiders vs. Chargers on “Thursday Night Football.” Follow below for complete results from the NFL Week 15 game.

9:51 p.m. — Chargers punt. Another LA drive into Las Vegas territory ends in a punt. Raiders take over at their 24-yard line with 12:41 left in the third quarter following a 16-yard return by Hunter Renfrow. Looks like Renfrow may have been injured on the play.

8:57 p.m. — Marcus Mariota in at QB. Looks like Carr is staying on the sidelines for this drive with a groin injury, no reports of whether he’ll return tonight.

Not a bad start for the former Heisman winner.

8:54 p.m. — Chargers punt. LA moves it to midfield but Jalen Guyton drops a would-be first down. That’s Herbert’s first incompletion of the game and the Raiders get the ball back at their 14-yard line with 13:29 remaining in the second quarter.

8:44 p.m. — FIELD GOAL, RAIDERS. Carr tried to scramble for it on third and goal and it looks like he might be hurt. Las Vegas has to settle for a 23-yard field goal from Daniel Carlson to make it 7-3 with 55 seconds left in the first quarter.

8:25 p.m. — Raiders punt. Three and out for Derek Carr and Las Vegas on the opening possession. Chargers get the ball at their 22-yard line to start, 13:25 left in the first quarter.

8:20 p.m. — Chargers win the toss. They’ll defer and the Raiders get the ball to start the game.

All Thursday night games throughout the 2020 NFL season will start at 8:20 p.m. ET, now with more TV options thanks to the addition of Fox to the broadcast.

Below is the complete schedule for Week 15 of the 2020 NFL season.