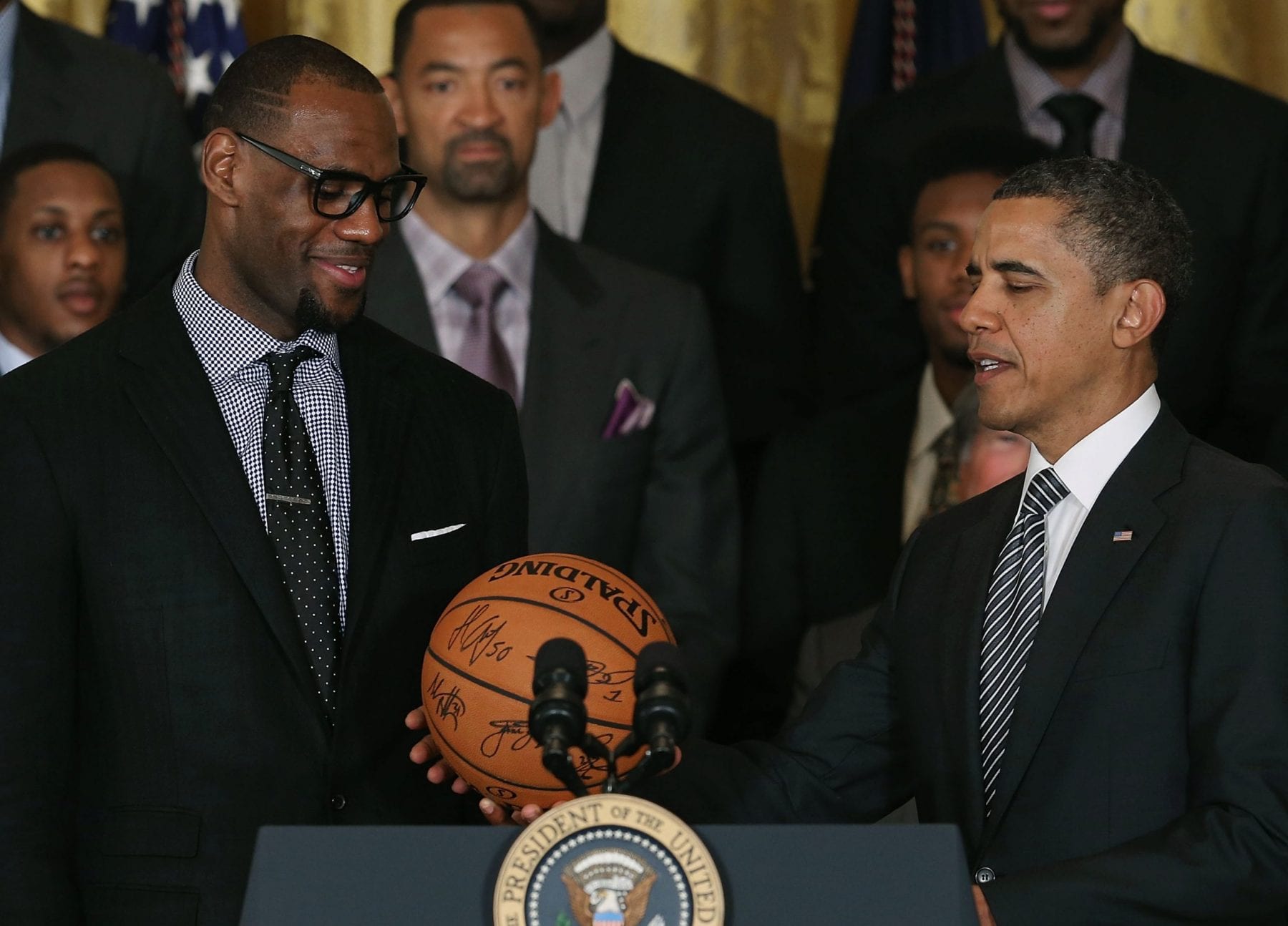 The NBA season was on the verge of ending when superstars LeBron James, Chris Paul, and others reached out to former President Barack Obama for advice.

“I think it was close to midnight when Chris, CP, calls with LeBron, Carmelo [Anthony] and I think Russ Westbrook was on the phone, and the conversation we had was along the lines LeBron spoke about,” Obama said during James’ HBO talk show The Shop.

A conversation you can’t miss.

A special episode of The Shop: Uninterrupted featuring @BarackObama in conversation with @KingJames and @MavCarter premieres Friday at 9 pm on @HBOMax. #TheShopHBO pic.twitter.com/fygs6pvMlB

Games had been canceled in the wake of Jacob Blake’s shooting in Wisconsin.

Many players had participated in protest marches at the start of the summer and the NBA had taken multiple public relations stands supporting the Black Lives Matter movement.

But players questioned the effectiveness of those actions after Blake.

“Protest is useful in terms of raising awareness, but given the power that the NBA players had, my suggestion was that we use that platform to see if you can start asking for some specifics. This isn’t something that’s just a one-off,” said Obama. “That’s sadly what we’ve seen, as it happens again and again.”

“So, one of the suggestions I had for the players was: Is it possible for you guys to set up an office that allows you, on an ongoing basis, to take best practices that are going to start making incidents like [Blake] less likely?”

Obama suggested the players set up an office that allowed them to take measured action when incidents like Blake’s occurred.

“When it’s chaos — when people don’t know which move to make or how to handle a situation, the best thing you can do is have someone that you can talk to and give you guidance and have that type of leadership,” said James. “And I’m lucky enough to have a friend that gave us those words of leadership and those words of saying, ‘OK, this can be a plan of action; this can be something you guys can ask for. And if we can get that, then we can continue to push the needle and you guys can also continue the season, as well.’”