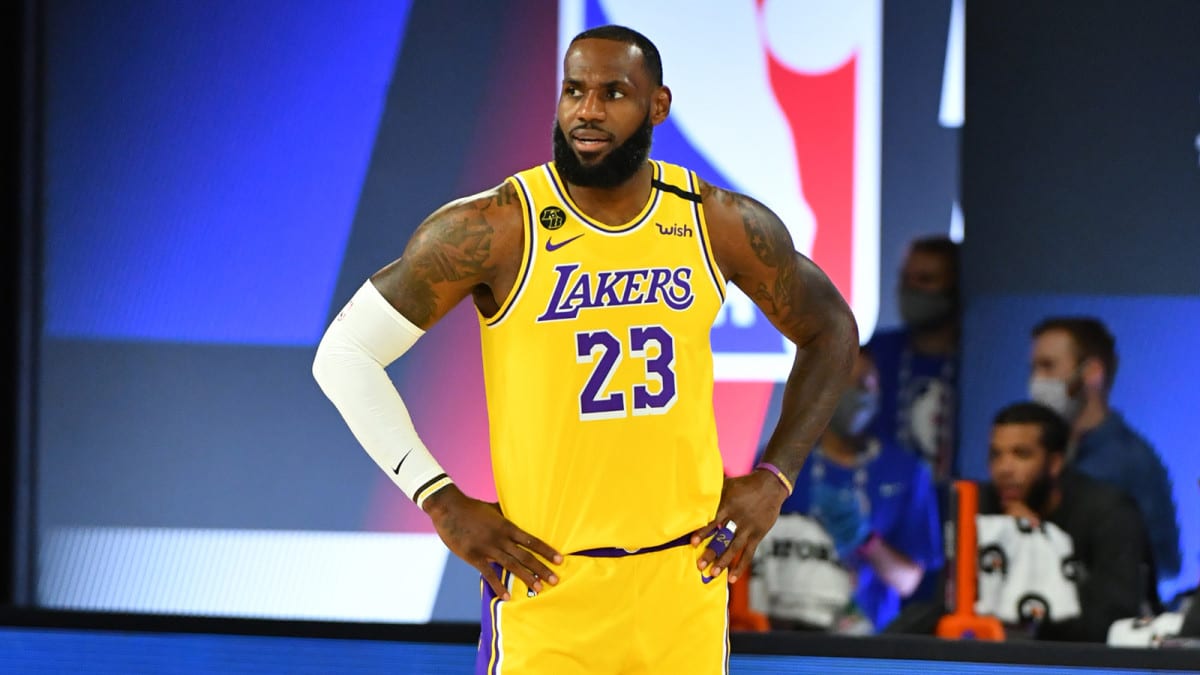 Los Angeles Lakers’ star LeBron James wasn’t a fan of his teammates’ victorious antics in their Game 1 win against the Heat in the NBA Finals.

Anthony Davis and Dwight Howard were seen making celebratory circles around their eyes, and Davis at one point even uttered “It’s over” as the Heat were calling a timeout.

The other Lakers on the bench soon joined in on the fun.

Everyone but LeBron James.

James let it go and bit his tongue mid-game, but after another Heat timeout, the Laker bench starting celebrating again.

Then James yelled at his teammates and didn’t let it slide.

“Hey, hey! Stop it! Stay locked in!” James yelled as the team began to huddle.

The Lakers cruised to a Game 1 victory, but after the game, LeBron was asked about what he said in the huddle.

Of course, James is a man who doesn’t forget and cited the lessons he learned from a Game 2 comeback by Dirk Nowitzki and the eventual champion Dallas Mavericks in the 2011 NBA Finals.

That was his first, and worst year in the finals, as a member of the Miami Heat.

For a player who’s seen and done it all, it is that kind of leadership that has made LeBron James the icon and most decorated player of his generation.

The Lakers now aim to keep the pedal to the metal as they prepare for the Heat’s counter strategy for Game 2.

Make no mistake, Miami is a serious threat when at full strength, and James knows this all too well.