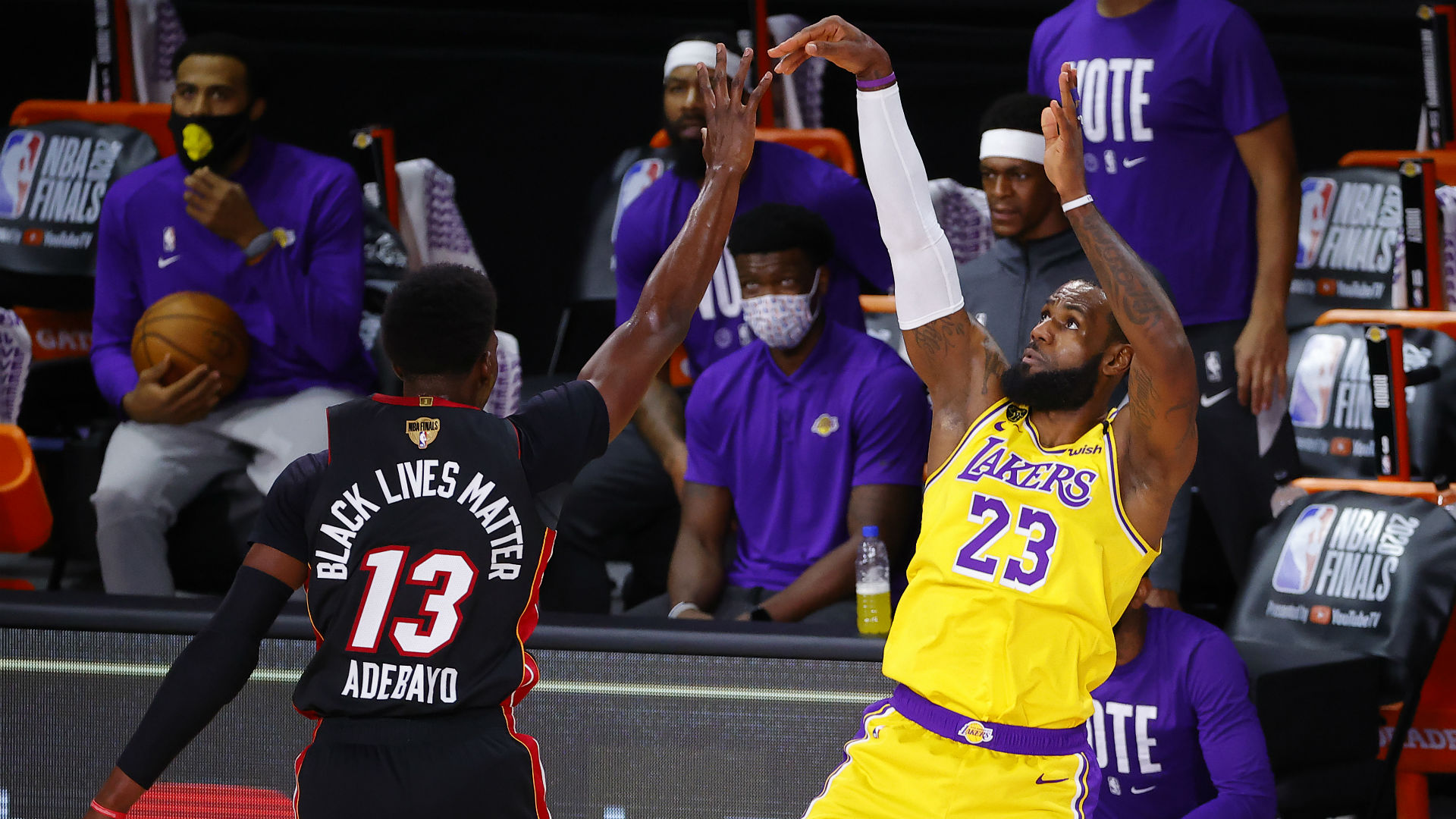 Almost a full year after the 2019-20 season began, the Heat and Lakers are prepared to battle for the Larry O’Brien trophy. The ride to get here has been bumpy to say the least — cue the virtual fans nodding in agreement — but these teams earned their spots in the series. Don’t even start with that asterisk talk.

Will LeBron James and Anthony Davis lead the Lakers to the title? Or can Jimmy Butler, Bam Adebayo and the Heat pull off one more upset?

Sporting News is tracking live scoring updates and highlights from Lakers vs. Heat in the 2020 NBA Finals. Follow below for complete results from Game 1.

10:45 p.m. — This is pure domination. The Lakers kick off the third quarter with a 15-6 run, and their lead has ballooned to 26 points. The Heat just don’t have an answer on either end of the floor.

10:35 p.m. — Bad news for the Heat: Goran Dragic is doubtful to return with a left foot injury. Tyler Herro took his place in the lineup to start the second half.

The Heat say that Goran Dragic (left foot) is doubtful to return. Possibly happened on a play where he stepped on Rajon Rondo’s foot and came off it funny. Dragic actually came out of the Heat locker room for the second half, then went back inside before reaching the court.

10:15 p.m. — It looked like Jimmy Butler landed awkwardly and twisted his ankle on a drive near the end of the first half, but he’s staying in the game. The Heat will need him if they’re going to cut down what has become a significant Lakers lead.

10 p.m. — The Lakers aren’t known as a great shooting team. Apparently they didn’t get the memo. Los Angeles is 11-of-17 from beyond the arc, and eight Lakers have made at least one 3-point field goal.

9:45 p.m. — Rajon Rondo may not like the “Playoff Rondo” nickname, but it fits right now. He’s already got seven points and two assists off the bench.

9:40 p.m. — After facing a double-digit deficit, the Lakers rally behind a strong opening frame from Anthony Davis, who has 11 points on 4-of-7 shooting.

8:45 p.m. — Dwight Howard will be the starting center for the Lakers in Game 1, according to The Athletic’s Shams Charania. He is expected to defend Heat star Bam Adebayo throughout the series.

8:25 p.m. — The Lakers are feeling the love from other pro sports teams in Los Angeles. Teamwork makes the dream work.