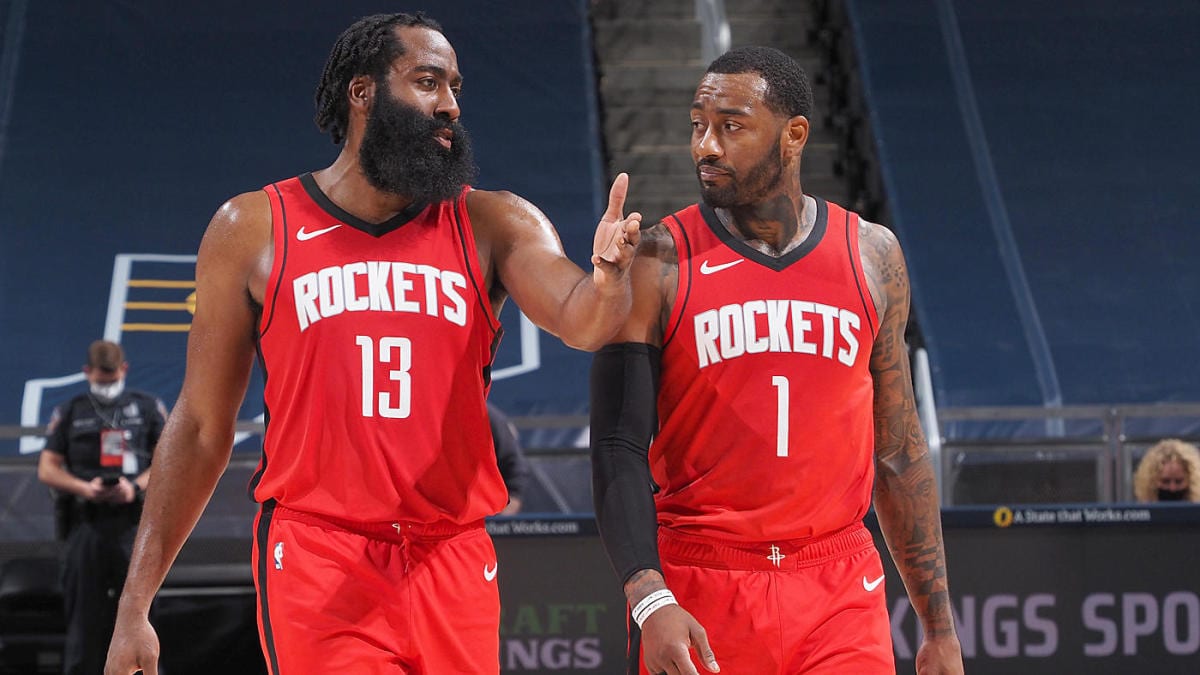 John Wall and the new-look Houston Rockets are coming off their fourth win in a row, the fifth win overall since the James Harden trade.

The team beat the Portland Trail Blazers 104-101 on Thursday night, improving their record to 5-3 since moving Harden to the Brooklyn Nets.

After the game, Wall was asked what has changed from the beginning of the season.

The 30-year-old veteran in his 10th season talked about the difficulties of playing when your star player doesn’t buy-in and wants to leave, referring to Harden’s push to leave Houston.

Wall on what has changed since the season opener in Portland: “The team wasn’t where we wanted to be and we had people that didn’t want to be here. So it’s kind of hard to play through that. Once the trade happened, we got the team that we wanted and guys that wanted to be here.”

Prior to the Harden trade, the Rockets were in a state of chaos.

The Beard began the season strong and had some really good pieces around him, but the effort was for nothing as the team got off to a 3-6 start.

After Harden’s last game with the Rockets against the Los Angeles Lakers, the All-Star told the media that he believed the situation couldn’t be fixed.

The Rockets then dealt him to the Nets and eventually got a number of draft picks and Caris LeVert, who was then flipped for Victor Oladipo.

So far, things are looking up for the new-look Rockets.

In particular, the Houston defense looks much better since Harden departed, and new head coach Stephen Silas has really brought this group together.

John Wall and the Rockets look to continue improving as Wall proves that he is still an All-Star caliber player.