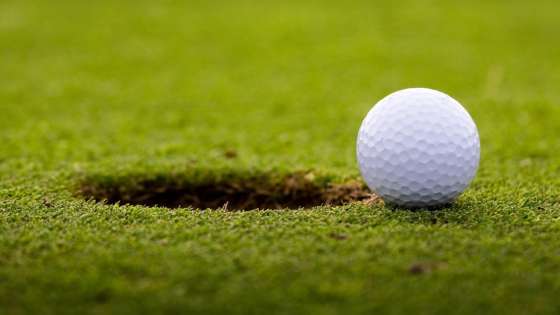 When you think of technology and sport, golf may not always be at the top of your list. After all, motorsports like Formula E are pushing the limits of battery technology while leagues like the NBA and NFL use a grid of cameras and sensors to track the exact position, speed, and direction of travel of each player during a game.

But golf is up there with its use of technology. In fact, many long-time golfers have probably been taking advantage of technological advancements for many years, even if they didn’t realise it.

Golf and technology go hand in hand, helping to improve the sport, make it more accessible, and allow players to improve their skills.

Most people assume technology to be silicon microchips, flashy touchscreens, and other such devices, but there’s a lot more to it than that. In golf, some of the biggest technological advancements have actually been made to clubs and balls.

For example, the one-piece golf balls used by most beginners aren’t going to satisfy the pros. They prefer ones that are made of four or five different layers of material. These advanced balls can travel longer distances, stop faster, and be easier to control.

Clubs have come a long way too. Modern ones are made to be more aerodynamic than their ancestors, allowing them to be swung faster thanks to reduced wind resistance. Using carbon graphite, manufactures can produce drivers that are both lighter and better at launching the ball further. They can also be more deliberate in the placement of weight within the club itself, helping kinetic energy to transfer more efficiently.

It’s not just about brute force either, technology has allowed for advanced materials and more precision engineering that manufacturers can use to make putters more balanced and accurate. This has led to all kinds of oddly shaped and styled putters like the Phantom X range that look more like they belong in a 1980’s computer than on a green.

Meanwhile, rangefinders or “distance-measuring devices” (DMDs) have been made legal in most professional competitions. These clever devices use lasers and GPS to accurately locate where you are on the course and measure the distance between you and the hole.

The Future of Golfing Technology

Technology doesn’t stand still, and it promises to revolutionise golf even further. These advancements come in many different shapes and sizes, including tools that help players improve their technique through to creating whole new types of competition.

For example, esports have become popular in recent years. These are essentially professional leagues and tournaments where players compete inside a video game instead of the real world. They’ve become a billion-dollar industry with some of the biggest events paying record sums to the victorious teams and players.

Many professional sports leagues like Formula 1, the NBA, and the English Premier League have been getting in on the action, launching their own esports competitions. Golf hasn’t been far behind.

In 2020, the European Tour launched the world’s first ‘esports Tour’, comprised of six events spread out over the year. It used the World Golf Tour game by Topgolf, one of the most popular golfing video games. Following the success of 2020’s competition, we’re likely to see more digital battlegrounds opening up for golf lovers in the coming years. 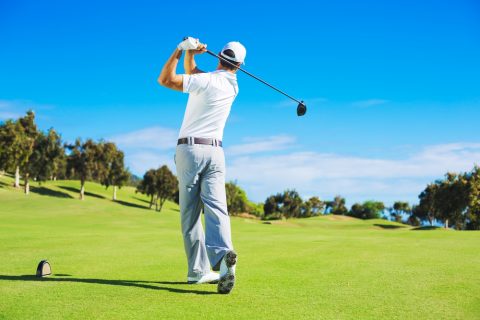 In addition to the fancy materials that make them more accurate, sensors and other tracking technology is beginning to be included in golf clubs. These help golfers and their instructors to more accurately monitor how they swing so that it can be analysed and reviewed to find areas for improvement.

This isn’t exclusive to golf, baseball and cricket players also use similar technology while they train to help them hit better.

At the highest level, PGA ShotLink is beginning to be used by players to improve their technique. Unlike sports like basketball, where tracking systems only need to cover a relatively small rectangle, golf tracking requires a lot more people and equipment to cover the entire course.

PGA Tour events now use around 350 volunteers and staff to map out the course. Sensors and cameras can then track player movements and how the ball behaves.

TrackMan, another newly developed system measures “swing DNA”, by monitoring “granular variations in motion”. Given the openness of a golf course, this technology is relatively new to the sport but shows a lot of promise moving into the future.