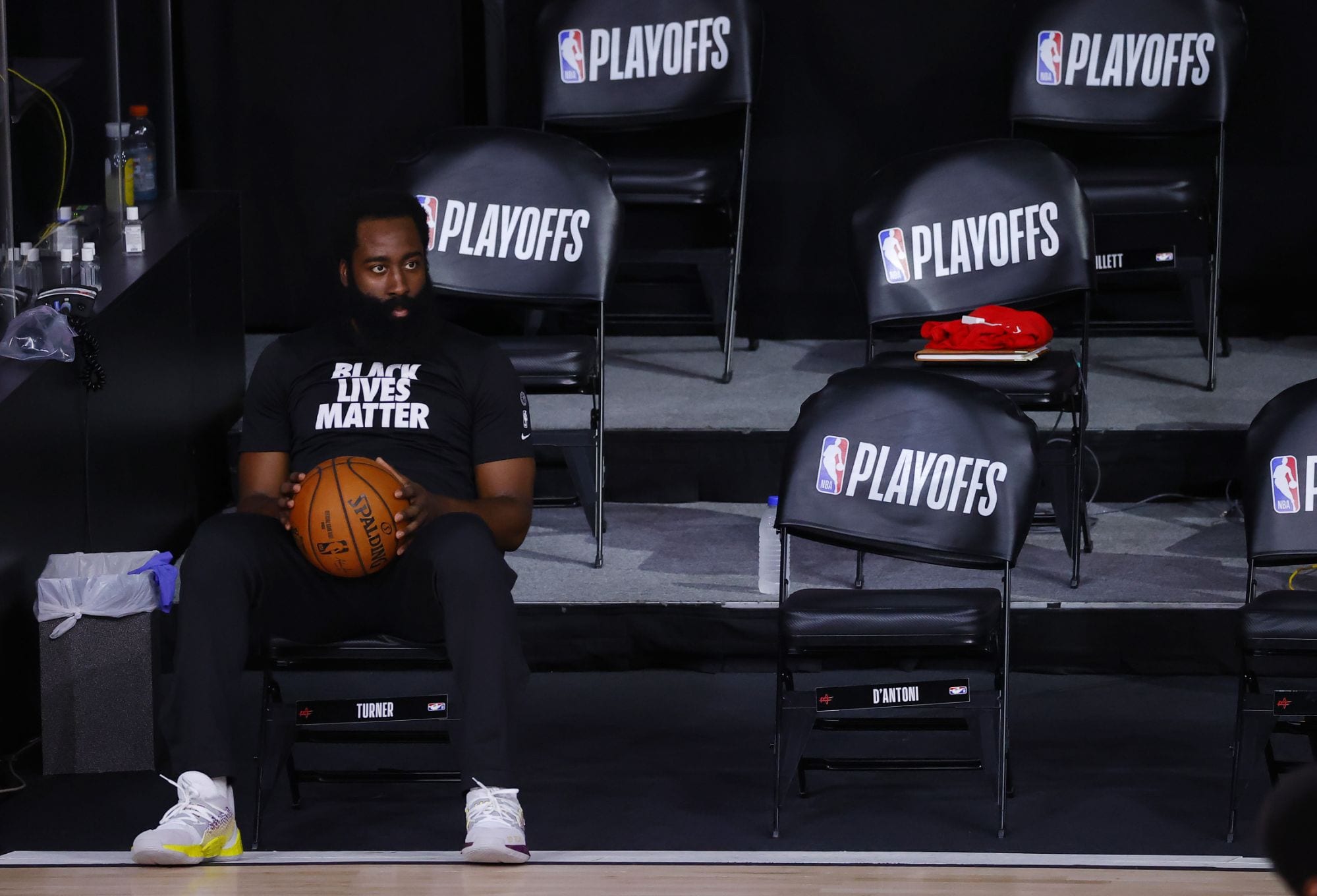 James Harden was finally sighted practicing with a new team around him and new head coach Stephen Silas reports that he and Harden had a “good conversation.”

The two did not discuss the eight-time all-star’s trade desires.

“You can ask him about his commitment and all that sort of thing,” said Silas, who has not been in regular communication with Harden, saying recently that he had given the face of the franchise “space” as he pondered his future.

“But we had a good conversation. He was locked in. He was asking good questions. He was bringing up good points. We had a good discussion.”

Despite his appearance at practice, Harden did not speak to the media on Monday.

As far as Silas’ plan for Harden, the face of the franchise will play Tuesday in Houston’s preseason game against the rival San Antonio Spurs.

Sources all offseason have pointed towards Harden’s preferred trade destinations, Brooklyn, Philadelphia, or any other contender.

Harden reported late to training camp and did not clear COVID testing until Monday when he finally attended practice.

The subject of Silas and Harden’s conversation was to discuss basketball strategy and nothing more.

“We talked basketball,” Silas said. “I’m a basketball coach, and he’s a basketball player. We talked hoop today. As far as his commitment to what we’re doing basketball-wise, he was right there. As far as the rumors and all the other stuff I can’t speak to, again, that’s another question you’ll have to ask of him.”

James Harden will be watched and monitored as long as he remains part of the Houston Rockets.

It will be interesting to see how he meshes with new acquisitions John Wall and DeMarcus Cousins in Silas’s new system.