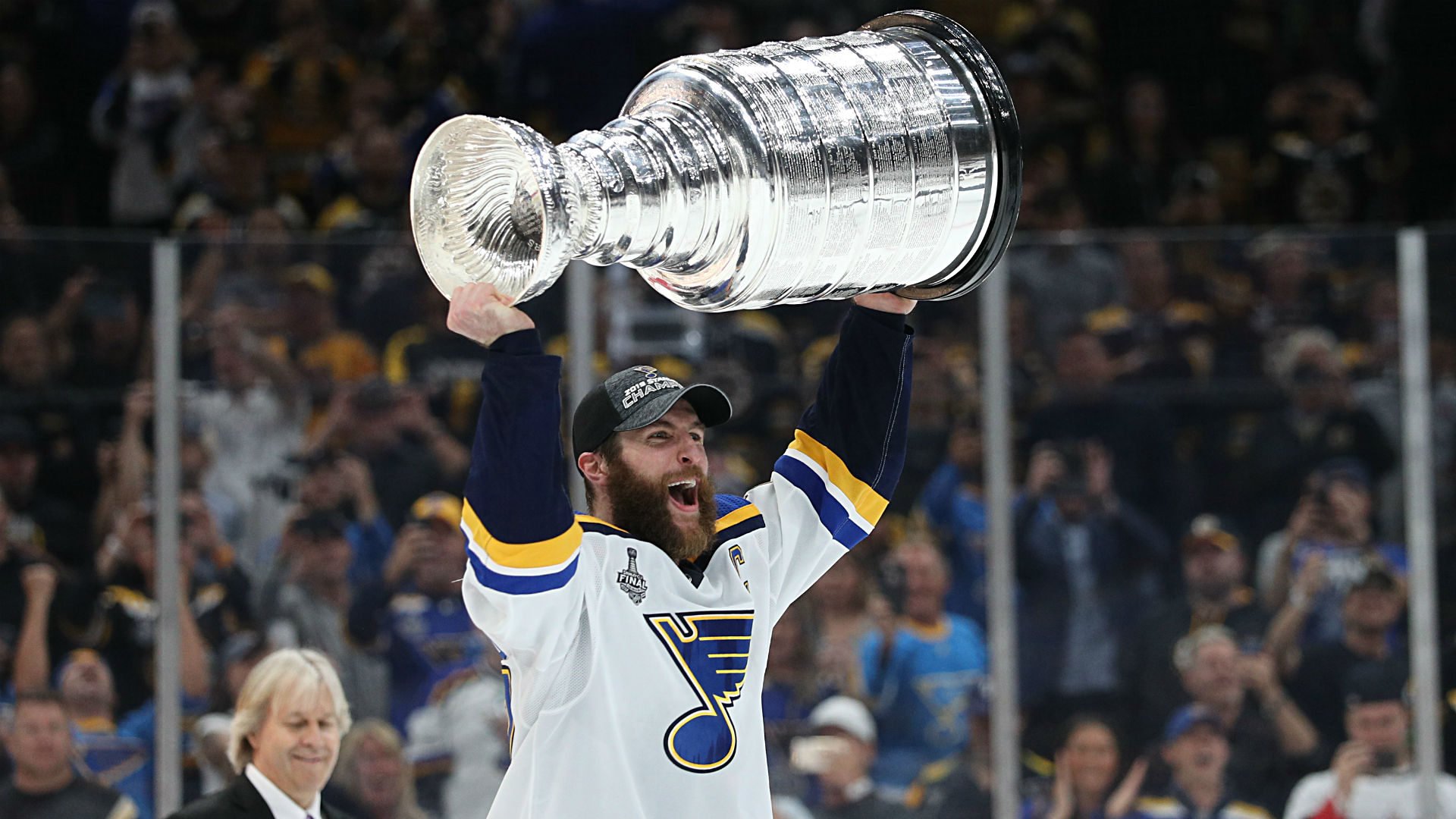 The Golden Knights have hit the jackpot.

It’s a shrewd move by general manager Kelly McCrimmon considering numerous teams were interested in the defenseman’s services. When asked how close his team came to terms with Pietrangelo on Friday, Maple Leafs GM Kyle Dubas said with a laugh, “not very close.”

And now we know why: Vegas pushed in all its chips for the 30-year-old blueliner.

“When we looked at free agency, when we looked at opportunities to improve our team, we had what we believed was an incredibly rare opportunity to add a defenseman, an elite player like Alex to our team,” said McCrimmon on a Zoom call with reporters. “Different positions but for us we really viewed it as a very similar situation to the opportunity where we acquired Mark Stone. Generally, these are players that don’t hit the market.”

McCrimmon added, “We determined what the path would look like. We weighed that out. We projected what a contract would be for Alex and then at the end of that process we asked ourselves: Does this make us a better team? Does it improve our chances of winning? We believe quite strongly that it does.”

It’s also an interesting move for Pietrangelo as he leaves a franchise with which he has spent more than a decade. It’s even more interesting considering The Athletic’s Jeremy Rutherford reported the Blues offered him more money and more term (eight years, $ 64 million), although as Rutherford noted in his thread, taxes impact what Pietrangelo would actually take home. Vegas gave him a full no-movement clause as well, as reported by TSN’s Pierre LeBrun.

Drafted fourth overall by the Blues in 2008, Pietrangelo played a handful of games with them for two years before joining the squad full time in 2010. He played 758 regular-season games with St. Louis, amassing 450 points, and captained the franchise to its first Stanley Cup title in 2019.

The acquisition was also a roll of the dice for the Golden Knights, who went approximately $ 2.1 million above the offseason limit for the salary cap; teams are allowed to go 10 percent above the cap in the offseason. So in a corresponding move, fellow defenseman Nate Schmidt ($ 5.95 million AAV) was shipped to the Canucks for a third-round draft pick in 2022.

A favorite to win the Stanley Cup in 2021 even before adding Pietrangelo, the Golden Knights have now inched closer to being the odds-on favorite. They locked up Robin Lehner with a five-year deal on Oct. 5 to have him tend net with three-time Cup winner Marc-Andre Fleury. McCrimmon said Monday that Lehner will undergo shoulder surgery, describing it as a “cleanup” procedure.

The current roster looks good on paper but another domino will have to fall as Vegas is still above the $ 81.5 million salary cap; McCrimmon didn’t show his hand on Monday but guaranteed the team will be cap-compliant on Opening Day.

Regardless of what’s next, with the likes of Mark Stone, Alex Tuch, Max Pacioretty William Karlsson and Jonathan Marchessault up front and Pietrangelo, Shea Theodore, Alec Martinez and up-and-comer Zach Whitecloud on the blue line, it’s a pretty roster.

Did the Golden Knights give up too much to make room for Pietrangelo? Gone now are Schmidt, Paul Stastny (traded back to the Jets), Nick Cousins (signed with the Predators) and Jon Merrill (signed with the Red Wings). There’s also the expectation that fan favorite Deryk Engelland will not return. McCrimmon told reporters that he essentially traded Stastny and Schmidt for Pietrangelo.

Breaking it all down, adding a perennial Norris Trophy contender, a player who captained a team that went from worst to first in a matter of months, is a gamble any team should take, especially one that has reached a Stanley Cup Final and a conference final in its first three NHL seasons.