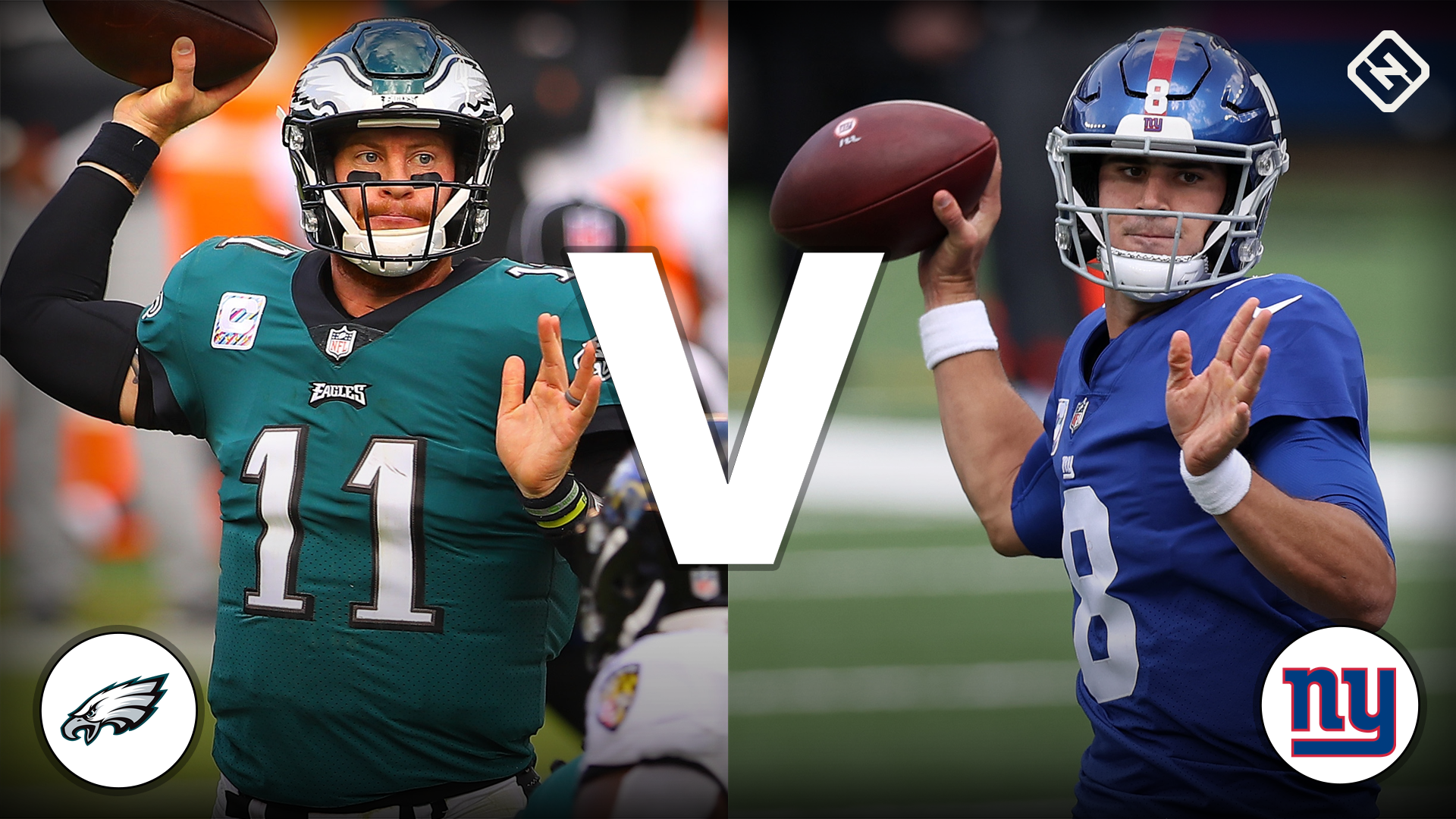 In a game made for “Thursday Night Football,” the awful NFC East will be on full display as the Giants go up against the Eagles.

New York (1-5) finally earned its first win of the season last weekend, 20-19 over the equally inept Washington Football Team. The difference was a failed 2-point conversion attempt by Washington.

Philadelphia (1-4-1) has gotten off to an awful start as well, but it nearly completed an 18-point comeback on Sunday against Baltimore, with only a failed 2-point conversion keeping it from tying the game late in the fourth quarter.

The crazy thing is, as bad as both the Giants and Eagles have been, they’re both still in the playoff hunt. That’s how bad the NFC East is this season. So this game could very likely have playoff implications.

Sporting News is tracking live scoring updates and highlights from Giants vs. Eagles on “Thursday Night Football.” Follow below for complete results from the NFL Week 7 game.

10:24 p.m. — Biiiiiiiiig run for Daniel Jones. He sees a lot of open grass to his right on the read option and pulls it for an 80-yard run, but gets tripped up by the turf monster. Giants have it near the goal line.

10:17 p.m. — The slow start continues for both offenses. Giants punt again and the Eagles get it at their 32-yard line, 9:50 remaining in the third quarter.

9:48 p.m. —  HALF: Eagles 10, Giants 7. After Fulgham drops a near-perfect pass from Wentz in the back of the end zone on third down, Elliot pulls it wide left from 29 yards out. That’s a huge missed opportunity for Philadelphia.

9:43 p.m. — FUMBLE. Dion Lewis coughs it up on a draw play and Philadelphia gets it back at the New York 42-yard line with 38 seconds remaining.

9:37 p.m. — Philadelphia’s defense forces a punt and Wentz will get a chance to redeem himself, ball at their 9-yard line with 1:53 remaining in the first half.

9:28 p.m. — ANOTHER INTERCEPTION. This time Wentz is picked off as he rolls left and heaves towards the end zone. James Bradberry highpoints the ball and pulls it down. Giants get it back at their 20-yard line, 4:46 left in the half.

9:18 p.m. — INTERCEPTION. Jones throws a bullet on a slant to Evan Engram. It bounces off of Engram and Jalen Mills is there to haul in the pick. Philadelphia has it at its 44-yard line, 10:03 left in the second quarter.

8:50 p.m. — TOUCHDOWN GIANTS. After the defense forced a three and out, Daniel Jones hits Golden Tate for 39-yard touchdown on the first play of the drive. It’s tied at 7-7 with 4:13 left in the opening quarter.

8:32 p.m. — TOUCHDOWN EAGLES. Carson Wentz rumbles in for the 1-yard rushing score, his fifth of the season. Philadelphia leads 7-0, 8:45 left in the first quarter.

All Thursday night games throughout the 2020 NFL season will start at 8:20 p.m. ET, now with more TV options thanks to the addition of Fox to the broadcast in Week 7.

Below is the complete schedule for Week 7 of the 2020 NFL season.