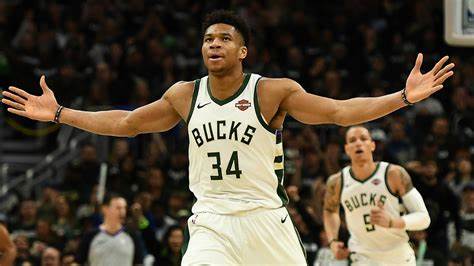 The Milwaukee Bucks face some tough questions regarding star Giannis Antetokunmpo as the NBA approaches a shortened free agency period.

Antetokunmpo, who is the league’s 2020 MVP, could reshape the future of the entire NBA with one decision.

According to Antetokunmpo, he won’t push for an exit this offseason and has discussed the future of the team in private with ownership.

However, there have been other telling signs that paint a different picture, like Antetokunmpo unfollowing his Bucks teammates on Instagram.

While the Greek Freak can say all the right things about staying, the question remains whether or not he will sign the supermax worth over $ 200 million in the coming weeks to stay with the team for the long term.

Many believe Giannis will ultimately leave the team.

The sentiment according to people around the Bucks is that Giannis wants to stay, as long as they surround him with a championship-caliber roster.

Outside of Milwaukee, not many understand the wishes of Giannis, but the team for sure must know what he wants after their disappointing season.

One thing is certain, Giannis Antetokunmpo doesn’t want to return to the same team to only fall short again.

With the circumstances of the shortened season, he won’t be able to sign the max in the middle of the season.

Giannis has stated in the past he doesn’t care about the money, but to turn down millions of extra dollars just to not get any closer to a title wouldn’t be worth it.

Whatever the case may be, the Bucks have one shot to prove to Giannis that this is where he wants to remain.

Related Article:  Isiah Thomas Had No Clue Michael Jordan Hated Him So Much