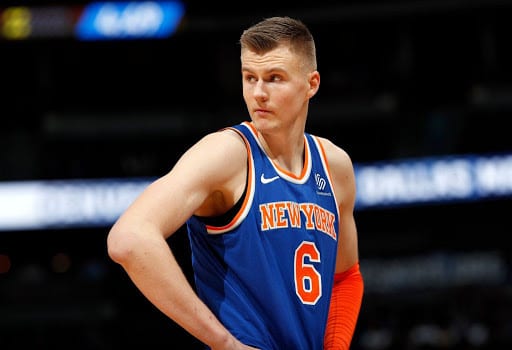 Dallas big man Kristaps Porzingis won’t be on the floor for the Maverick’s season opener Dec. 2.

Instead, the 7-foot-3 center will still be rehabbing the meniscus of his right knee.

Speaking to ESPN, Donnie Nelson, Mavs president of basketball operations, gave Jan. 1 as a probable date for Porzingis to be cleared for on-court activity.

The Mavs’ rising star averaged 20.4 points, 2.0 blocks, and 9.5 rebounds in his first season with Dallas after leaving the  New York Knicks.

During an interview on Dallas local station 105.3 The Fan, Nelson said the team would be cautious with Porzingis.

“We’re going to make sure that that’s 100 percent before we put him out there, so that’s going to be into the season before we are able to have him join us,” Nelson said.

Porzingus missed the last two games of the team’s first-round playoff series against the Clippers and had surgery on his knee in early October.

The 25-year-old Latvian has a five-year, $ 158 million maximum contract with the Mavs.

Porzingis isn’t a stranger to injury.

He suffered an ACL tear during what would be his final game as a Knick in February 2018.

Dallas is focused on keeping their big man healthy and plan on starting Dwight Powell in Porzingis’ place.

“We’re not going to rush, we’re going to do it the right way, but we’re pretty optimistic that he’ll be able to join us out of the gates,” Nelson said of Powell, who averaged 9.4 points and 5.7 rebounds before his injury last season.

The young Mavs made quite an impression during their limited time in last year’s playoffs and look to take their best shot against the Western Conference elites this season.