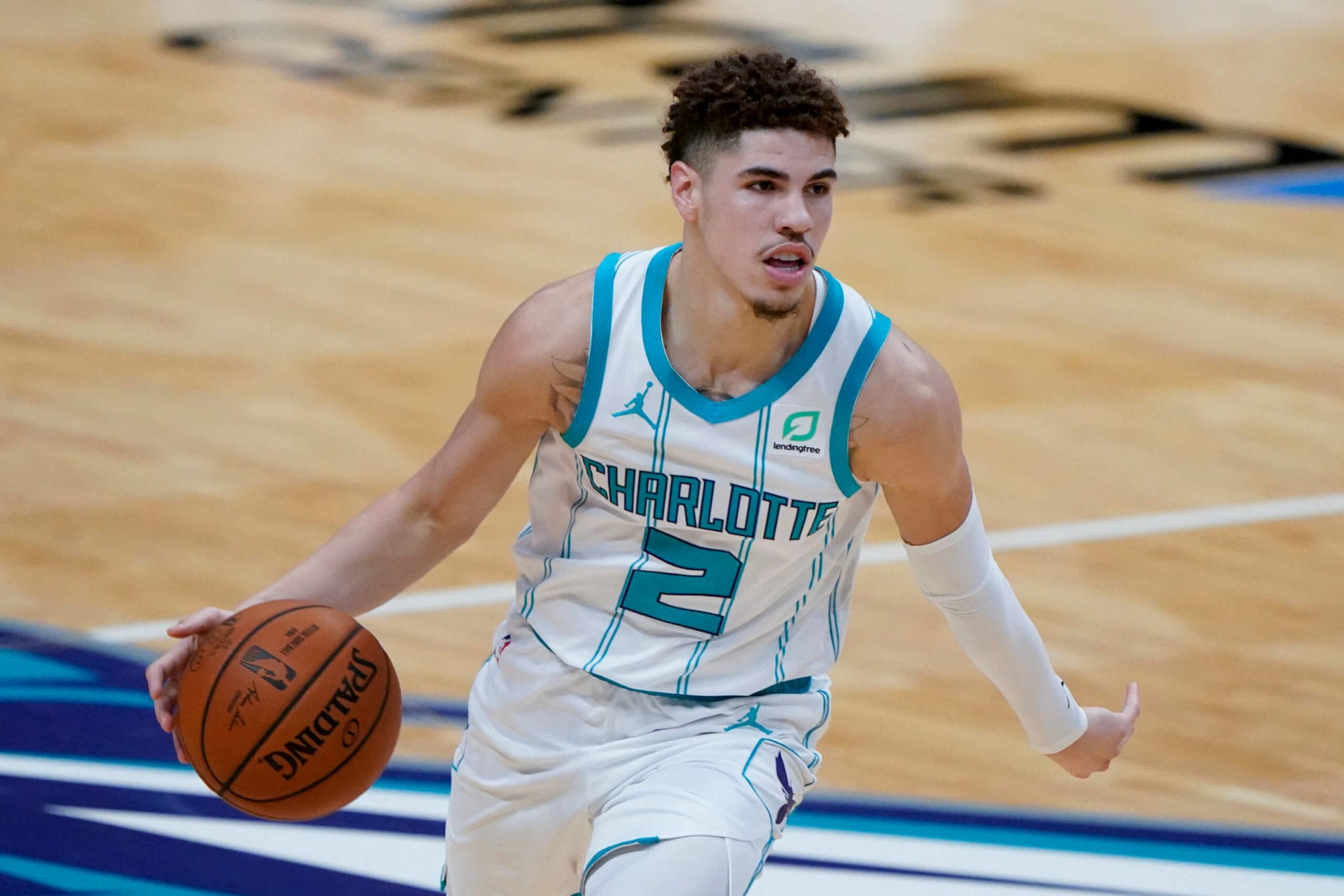 Charlotte Hornets’ LaMelo Ball got his first start of his rookie season in a 129-121 win over the Miami Heat.

Ball finished the game with a modest 14 points, seven assists, and five rebounds in place of the injured Terry Rozier.

The start was more than overdue as far as Ball was concerned after coming off the bench the first 22 games of the season.

The rookie guard is averaging 12.2 points, 5.9 rebounds, and 6.1 assists so far this season but has shown glimpses of greatness the past few games, including a 27-point performance against the Milwaukee Bucks just a few nights ago.

Luckily Charlotte didnt have to depend on Ball’s scoring prowess.

Malik Monk led all scorers with a game-high 36 points to go with his five rebounds and two assists.

The Hornets have yet to announce how long Rozier will be out, but Ball is expected to continue to start in his place.

The 19-year-old, who was the third pick in the 2020 draft, has his share of fans calling on Hornets’ coach James Borrego to make Melo a full-time starter, including the most infamous Ball.

“My boys are not freakin’ role players! They superstars! Let them do what they do!” father LaVar Ball told TMZ Sports.

Next up for the Hornets are the Philadelphia 76ers at the Hive on Wednesday.